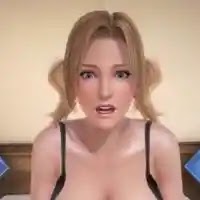 A Series Of Fortunate Events Android Port – This is a short tale of twists and turns, where you play as a student visiting his hometown for the first time in two years. With your girlfriend in hand, you embark upon a series of fortunate events…​
Release Date: 2019-04-27
Size: 363MB
Developer: Agnaricson
Censorship: None
Version: 0.8
OS: PC/Windows, Mac, Android
Language: English

Version 0.4:
– A bunch of new pictures & animations
– Updated some of the typing and the choice of words + some minor annoyances Thanks for your feedback on the first version of the game! There may or may not be several side-characters that will appear in the upcoming versions of the game, depending on what you want to see. Vote on the poll, or send me ideas! I also decided to make my first game free of charge. I will continue to update the game, as often as I can, and the more feedback I get – the more fleshed out the game will be! Hope you’ll enjoy 0.4!

Version 0.6:
– Three new characters (Officer Clara, Janice & Eva)
– A plethora of new pictures and animations I can’t believe over 2,800 people voted on the poll! I really hope you’re satisfied with the result, and that you’ll give me your continued support and feedback!
Special thanks to TheRealSerrated for the implementation of the police officer (and other ideas & suggestions) – who helped me shape the story further to my liking.

I’m hoping I find the time to continue working on the game during the summer, so I’ll try to keep you posted on how that works out! Be sure to start a new game, so that your choices are saved. And plug in that headset and enjoy some of the scenes with audio!