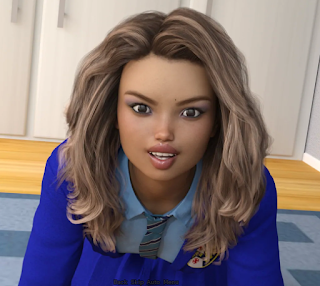 Earth Girls is a satire of various genres such as: harem, stat builder, and dating sims. You play as a student trying to answer one of life’s elusive questions. What should I do with the rest of my life? NASA has been broadcasting into space looking for other signs of life for ages. Today, the aliens reply. They’ve also decided to use Earth as a battleground to settle an ages old dispute. The player is chosen to be Earth’s champion and convert as many females(harem or otherwise) to his side. Whoever has the highest score of female conversions wins and gets control of Earth. Do you create an army as the military suggests? Or try and save as many as you can from alien capture. Perhaps finding love along the way.​