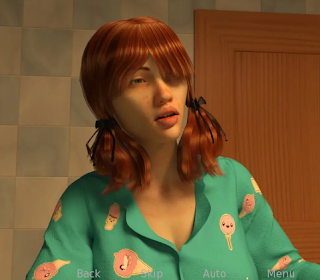 You played as a man aged forty who has promised his family a lot. And now its the time to make the promise real. You must work hard and make much descisions for your life. And it will have influence on the others, too.
Things you have influence with what you do. Many things are possible. You can have a live in absolute love with your wife. You can make her more open for other things and more. But be careful with your descisions it is possible that it get out of your control.