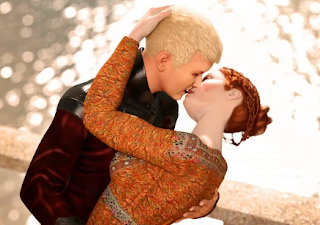 Whores of Thrones is set in a medieval feudal society that is about to be thrust into a magical and carnal upheaval by a force outside of its realm- You!

Choose the fate of your favourite characters and others while fulfilling your fantasies in this adult themed point & click saga of lust, perversion, ambition, deception, cruelty and even more lust and perversion as the calm before the storm slowly clouds the seven Kingdoms.​